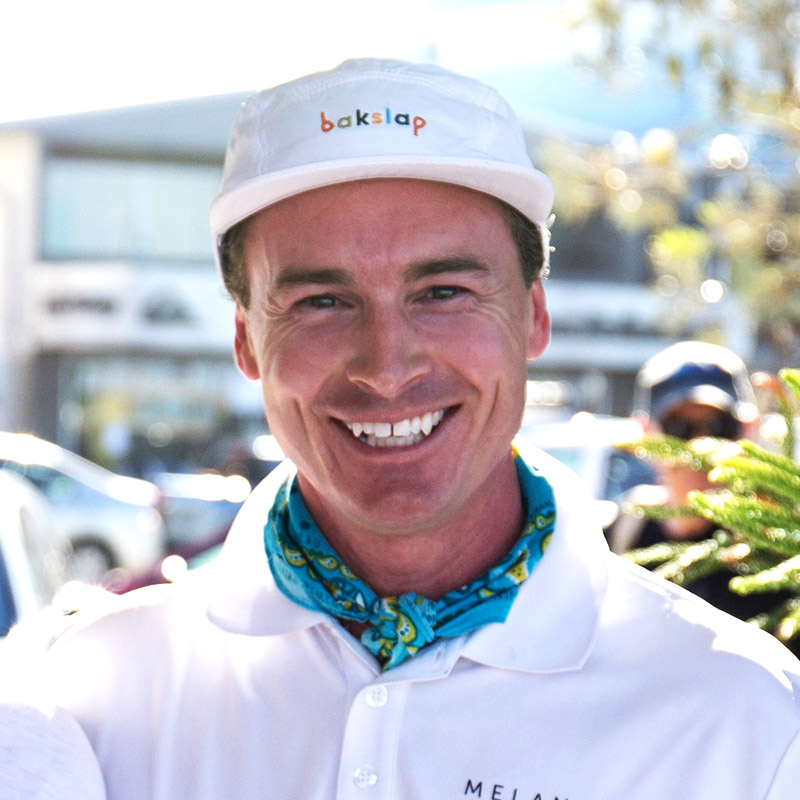 Raph lost his sister Tess to melanoma so he’s passionate about honouring her legacy and determined to prevent other families from experiencing such a devastating loss.

Raph is an avid adventurer-turned-inventor. The tragic loss of his beautiful sister Tess to a A highly malignant and aggressive form of skin cancer characterised by the uncontrolled growth of melanocytes, the pigment producing cells in skin, hair and eyes.

A skin cancer on her back was a turning point in his life. He’s passionate about keeping Tess’s memory alive and determined to prevent other families from experiencing such a devastating loss.

In 2011 Raph was on the adventure of a lifetime cycling 6800km across the USA on the Transamerica Trail with a couple of mates. On day 62, when pedalling through Kansas, he received a life-changing call from his dad, telling him that his 30-year-old sister Tess had been diagnosed with melanoma. Tess had just celebrated her first wedding anniversary and was pregnant with her first child. The prediction of the probable outcome or course of a disease.

The prognosis wasn’t good, and after four days of limited contact with his family, Raph decided to fly home.

In June 2012, after her long and difficult battle with melanoma, Tess passed away aged 31. Somehow, throughout her ordeal, she remained the same beautiful, loving and caring soul she’d always been. Nothing was more important to her than family and being little Mabel’s mum meant everything to her.

It was confronting and heart-wrenching for Raph to see Tess’s decline as she bravely battled her illness, but it motivated him to learn more about melanoma and take action. He began volunteering at Melanoma Institute Australia.

In 2014, after volunteering on several event committees, Raph started organising his own fundraising and awareness initiatives with the endorsement of the MIA, including a national charity event, ‘Cycling to March’. During this event Raph cycled from Adelaide to Melbourne to Sydney in 24 days and engaged with thousands of Aussies face-to-face and online, inspiring people to protect their skin and have their skin checked.

In 2016 Raph headed back to beautiful Sunshine Coast, Queensland and established the bakslap business. The bakslap prevents sunburn by helping you apply sunscreen to those hard-to-reach places, like the back. Proceeds from bakslap support Melanoma Institute Australia.

Raph is keen to continue encouraging everyone to stay protected in the Aussie sun.