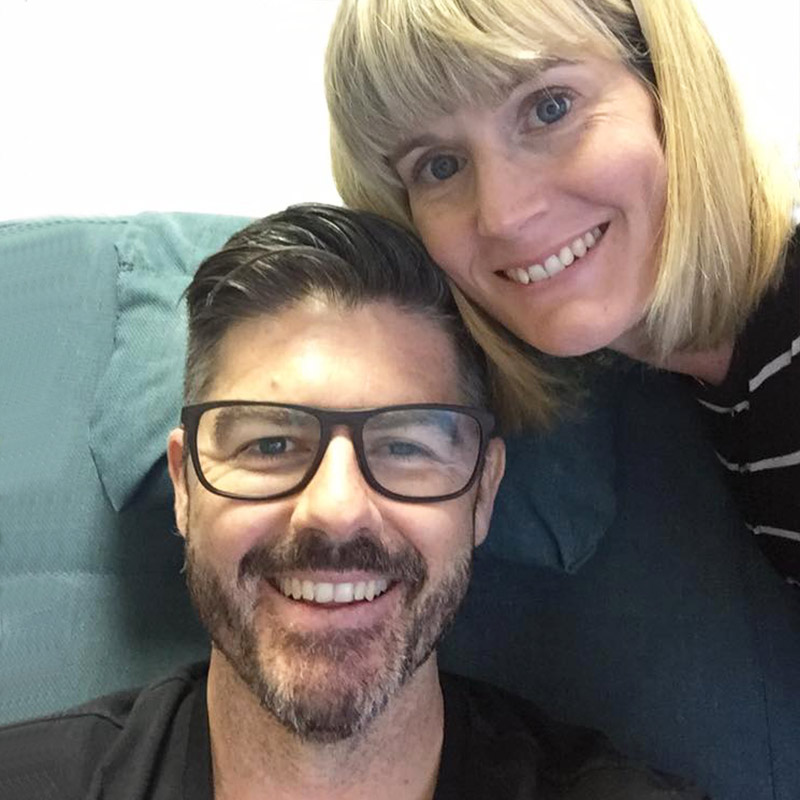 Steve wants to share his story of hope thanks to the treatments available now, and open people’s eyes about melanoma, which is far more than ‘just skin cancer’.

Steve and his loving wife, Lane, known to many through their blog ‘Walking the Plank’ as ‘The Pirate and his Wench’, live with their two daughters in Brisbane, Queensland.

Diagnosed in November 2011 with rare ocular melanoma, Steve became ‘The Pirate’ to his family and friends after enucleation of his left eye. In April 2016, Steve felt he was about to walk the plank again when his GP discovered four tumours in his liver and one in his kidney.

Steve was accepted into an immunotherapy clinical trial. “Fill me with the good stuff!” he says, a mantra that he followed each treatment day.

During his melanoma treatment, Steve went on the search for stories to give him hope but soon discovered most cancer bloggers and reports had grim outcomes. This prompted Steve and Lane to create their own blog to show the raw emotions of frustration and fear mixed with strength and determination to power through a tough journey.

“The ups and downs of the cancer journey are challenging but I’m determined to overcome this disease,” said Steve on his blog.

Steve is now clear of Stage IV melanoma and recently embarked on the Men’s Health Survival of the Fittest challenge, a 10km run complete with over 50 obstacles.

“Call me crazy but it was just something that I wanted to do. Having had Stage IV melanoma is not going to stop me from living life.”

Through the Speakers’ Hub, Steve wants to share his story of hope thanks to the treatments available now, and open people’s eyes about melanoma, which is far more than ‘just skin cancer’.