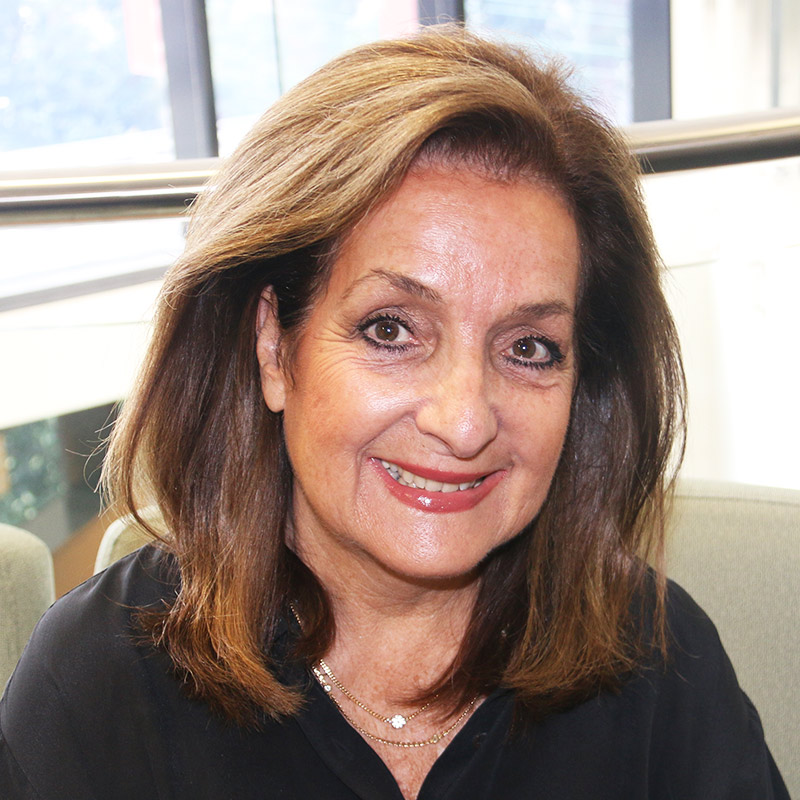 Vivian never imagined her husband, Leon’s routine skin cancer check would lead to melanoma diagnosis. She wants to use Leon's story as a platform to promote the importance of early detection for all.

Vivian was a television presenter in the 70’s and is now a toastmaster, mother of three, grandmother of nine, as well as an awarded portrait artist. She never imagined her husband, Leon’s routine skin cancer check could change their outlook on life when he was diagnosed with melanoma.

Aware of his sun damage during his youth, Leon had regular skin checks. His vigilance paid off. Over the years, other forms of skin cancers had been found and removed, but in 2016 an early stage melanoma was found on his lower back.

Two years later, a second melanoma was discovered on his right calf. When this melanoma was found, Vivian thought there was the possibility that he might have more and so set herself the task to find him the best specialists and treatment.

“Melanoma doesn’t wait for you to get an appointment, it keeps growing.” observed Vivian.

“Our experience in dealing with his condition over the last two years has made me realise how little is known in the general community and how much public awareness is still needed.”

Wanting to share their experience, Vivian utilises her toastmaster skills to raise awareness and encourage the public to have regular skin checks.

Early detection is an important message that Vivian strongly believes in and expresses while sharing her husband Leon’s story.