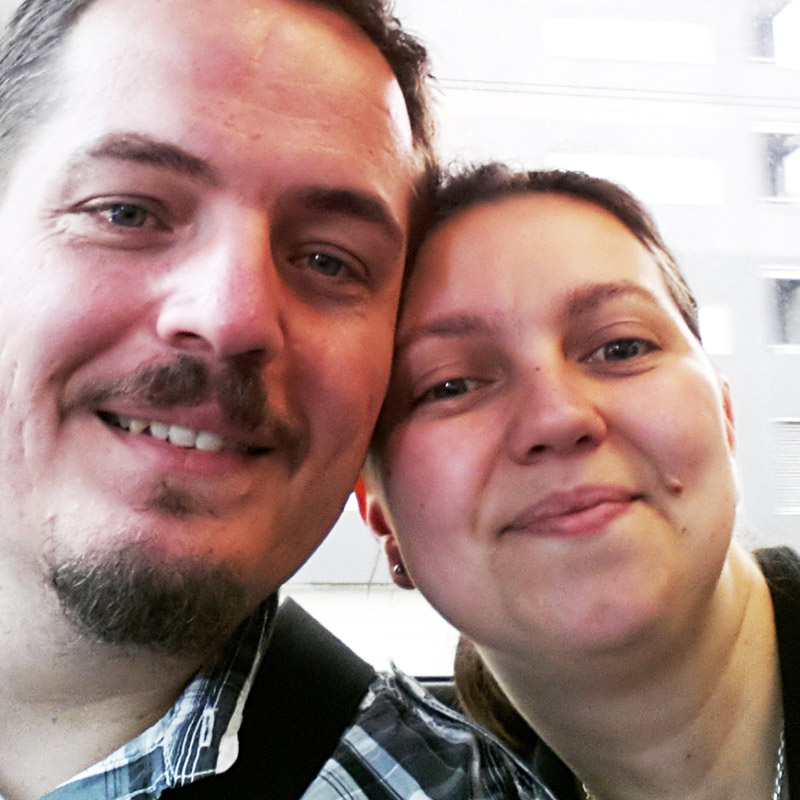 Bettina knows all too well the two sides of a cancer journey after being a cancer patient and a carer for a terminally ill cancer patient. Three years after Bettina’s thyroid cancer diagnosis while pregnant, her husband Peter was diagnosed with Stage IV melanoma.

“He was an amazing, supportive husband and my rock during my journey. His joy of becoming a father was contagious and he loved helping with everything for our little girl. Even changing her nappies, although not pleasant, made him smile with pride.”

Peter complained that a mosquito sized lump on his left arm was painful, especially when he rolled over while sleeping. He decided to see the GP who sent him off for an ultrasound. The report came back requesting he be sent to get a biopsy. It took him two weeks to organise the biopsy and during that time a lymph node under his left arm had ballooned to the size of a golf ball so both were biopsied. That afternoon, the GP requested he come in immediately. The result had come back as melanoma. A full body scan was arranged prior to the appointment at Melanoma Institute Australia.

“I remember the exact moment when the specialist turned to look at me after examining Peter and said, 'I received the results of the scans and you are not going to like what I have to say.' It was that moment my heart sank and I knew we had just entered our worst nightmare.”

Their daughter Madison was only three years old when Peter passed away at the age of 40. It was only one year after his diagnosis.

“All the doctors, nurses and admin staff at MIA not only gained our respect and gratitude, they gained a place in our hearts as they did all they possibly could for Peter and our little family. Unfortunately, his case was just too far along and once it had spread to his lungs, his cancer journey began to end quickly.”

Peter had many thoughts go through his mind in his final weeks of life, especially about his daughter and her future, so the requests and plans began. One of his requests was for Bettina to do all she could to help find a cure and educate others by sharing his story.

“Peter didn’t want our little Madi or anyone else to go through this same dark journey with this beast.”

Bettina is passionate about helping raise awareness about how to reduce the risks. Bettina has relayed her and Pete’s moving story to schools and community groups, keeping her promise to him that she would devote her time to helping reduce melanoma rates. She is also motivated by their young daughter Maddison and Pete’s dying wish that they support ongoing research to help protect future generations from the disease.

In her spare time Bettina enjoys going to the theatre as well as taking Maddison to the zoo. A creative personality, her other talents include writing, drawing and crafts.