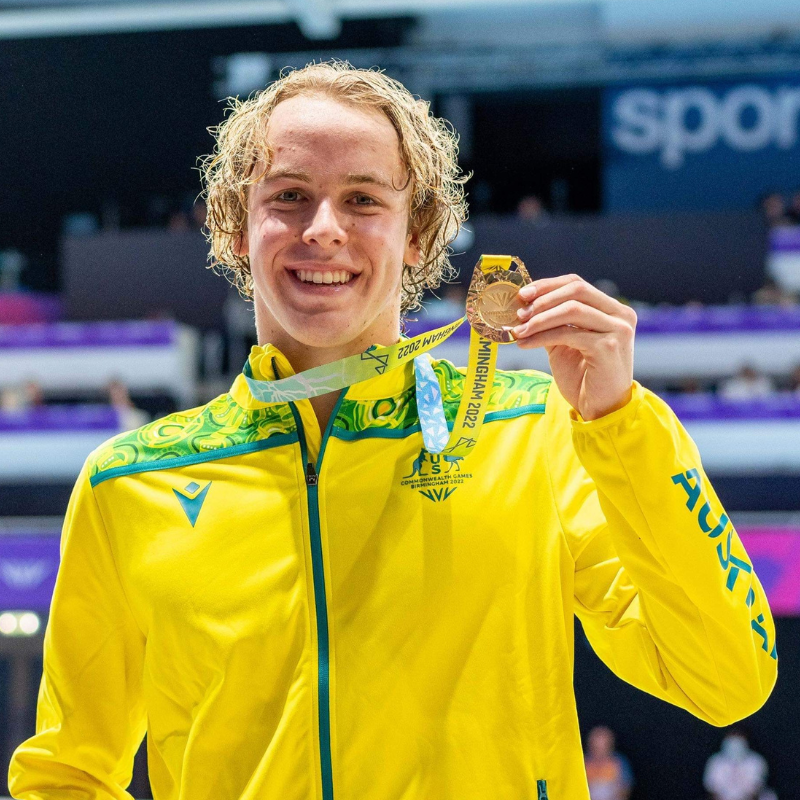 18-year-old Sam Short is Australia’s latest superstar of the pool, winning gold in the 1500m and silver in the 400m freestyle at the 2022 Commonwealth Games in Birmingham.

What Aussie fans didn’t know was that just weeks earlier, on his first overseas trip representing Australia at the World Championships in Budapest, Sam had been diagnosed with a melanoma on his lower back. He underwent surgery as soon as competition finished.

‘It was an extremely stressful time for me and my family,’ Sam said. ‘I literally went from the pool to the operating table and had the melanoma removed along with a wider margin to ensure no cancer cells were missed. I needed 20 stitches and was left with a 6cm scar across my lower back.’

Only five weeks later, Sam was back in the pool at the Commonwealth Games where he took gold and silver.

Sam grew up spending many long days at the beach, being heavily involved in Surf Life Saving in Queensland before turning his efforts towards competitions in the pool. With Irish, Scottish and Dutch heritage, his fair complexion put him at higher risk for developing melanoma. As Melanoma Institute Australia’s youngest ambassador, he is now using his public profile to urge teens to protect their skin from the sun.

‘I never thought I’d be diagnosed with cancer at 18,’ Sam said. ‘My melanoma was a massive wake up call, as clearly my sun safety routine during all those years spent at the beach just wasn’t up to scratch. If by sharing my story I can encourage even one young Aussie to be more sun safe and regularly check their skin for changes, then it will be worth it.’