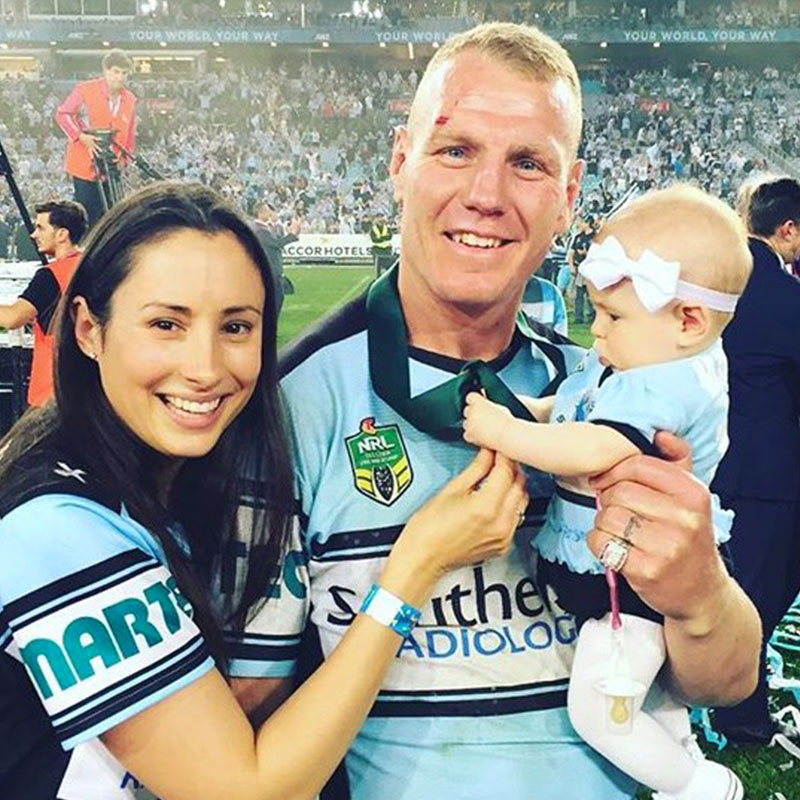 Luke and Sonia Lewis know too well the impact melanoma can have on a young family. That’s why they are dedicated to helping Melanoma Institute Australia raise awareness and vital funds for melanoma research.

The Cronulla Sharks’ legend lead the Sharks to their first ever Premiership win in 2016, and was awarded the prestigious Clive Churchill Medal. Still fit and strong, Luke is again leading the Sharks pack in 2017.

Luke’s determination on the field is replicated off the field – a trait tested during his young wife’s recent battle with melanoma. Sonia was just 29 years old when she went to the doctor about a mole above her eye which had changed shape. She was twice told it was nothing to worry about, but instinct told her something wasn’t right. A third doctor agreed to remove it, and discovered it was melanoma.

After two surgeries, Sonia was left with a scar running from her forehead to her temple, but fortunately the melanoma hadn’t yet spread. When her specialist told her it may have been a different story had she waited another month before having it removed, Sonia knew her perseverance and determination had probably saved her life.

Now parents to little Hazel, Luke and Sonia are dedicated to helping end melanoma for future generations. As Ambassadors for Melanoma Institute Australia, they are passionate about promoting a sun-smart lifestyle, and also raising money to support ground-breaking research to increase survival rates for melanoma patients.