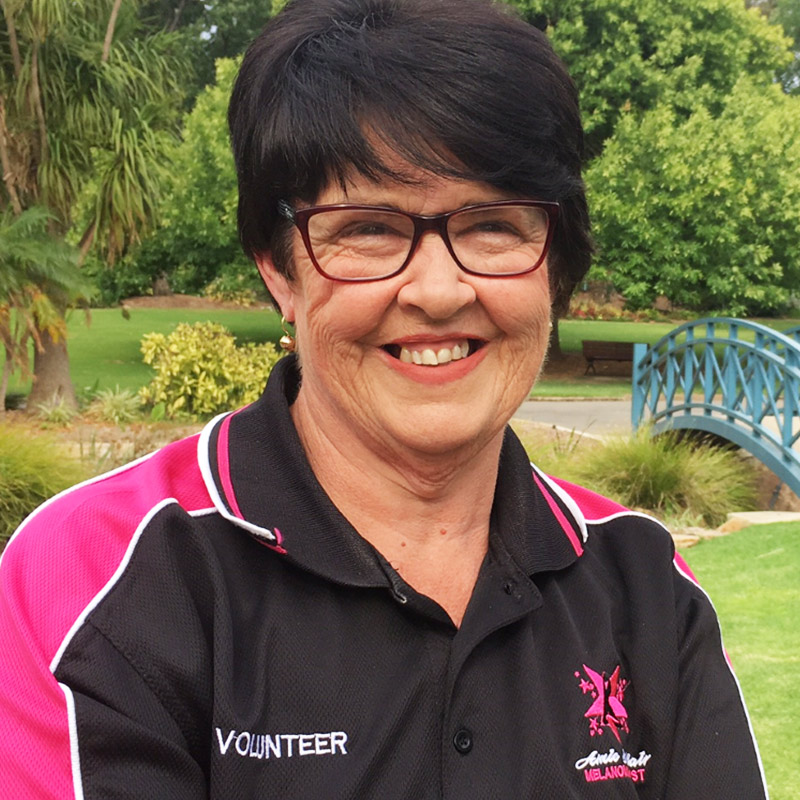 “Don’t be afraid of the sun, be aware and safe"

Annette was born in West Wyalong and grew up in Ungarie. When she was 18 she completed nursing training in Sydney, and then gained experience in private and public hospitals, including 28 years in emergency at Wagga Hospital.

In August 2007, Annette’s daughter Amie was 20 years of age when she was diagnosed with melanoma. Amie had discovered a lump in her groin. She was prompt in seeking medical advice and an ultrasound biopsy showed it was melanoma. No primary skin lesion was found.

Amie battled long and hard for just over 3 years trying every available treatment. This unpredictable cancer appeared again and again. Amie went through numerous surgeries, however it spread too quickly.

Amie was often heard to be telling people she had a cancer called melanoma. She wanted to raise awareness so people did not have to go through what she did.

in 2010, Annette and her husband Peter set up Amie St Clair Melanoma Trust in Amie’s honour to educate and support Riverina families. They recognised during Amie’s illness that there were limited resources and support for melanoma patients in rural areas. A board of directors and fundraising committees were formed. In 2020 the Amie St Clair Melanoma Trust merged with Melanoma Institute Australia, resulting in further support for regional patients.

Annette’s motivation to be part of Speakers’ Hub

Annette wants to share her personal melanoma story to increase awareness of melanoma and encourage others to be sun-safe, to get a skin check and know their own body. Early detection helps saves lives.

“Sharing personal stories helps people realise that this is something extremely serious. Speaking at schools to younger people helps get the message out that this is not just an old person's disease, and damage can be done when we are young.”

Annette currently works at a Medical Centre in Wagga 2 days per week, and as the Community Engagement Manager at MIA Amie St Clair for 3 days per week. In her spare time she enjoys cooking and ten pin bowling.