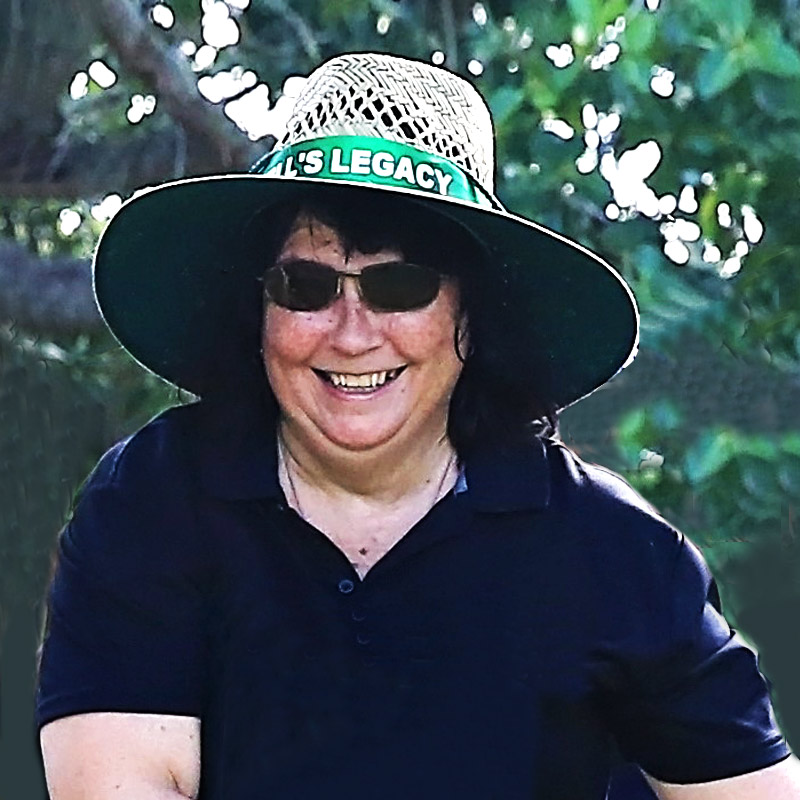 Fay wants to share her husband Lyell’s melanoma story to make a difference by raising awareness and encouraging others to take action.

Fay lives in the beautiful coastal town of Yeppoon in Central Queensland. Her life changed forever in 2014 when she lost her beloved husband Lyell, and the father of their three children Marc, Shania and Jakob, to melanoma. It was a shock diagnosis and Lyell passed away only nine weeks later.

Fay decided to join Speaker’s Hub after speaking at the 2019 Rockhampton Melanoma March and realising how, by telling Lyell’s story, she could increase awareness and motivate action in many people. To her Speaker’s Hub is a way to continue Lyell’s legacy and hopefully prevent other families having to endure the devastating impact of melanoma.

"It is rewarding to be part of Speaker's Hub, sharing our story and making a contribution towards the mission of zero deaths from melanoma."

Just before Lyell was diagnosed Fay started working in the local Catholic Girls’ College uniform shop. It was her dream to work within a school, and in 2015 she was offered the position of Library Assistant, which she loves and knows Lyell would be so proud.

Fay volunteers as a Cheerleading coach at Aussie Cheer & Dance in Yeppoon. She enjoys travelling and looks forward to visiting the places in Australia that she and Lyell had planned to explore.

"Me and you against the world. Love you always and forever"

Lyell’s favourite song was The Dance by Garth Brooks. Little did we know how true those words would be for us.  As a family this is a very significant song to us and we see it as a tribute to Lyell. This line in particular: "I could have missed the pain but I'd of had to miss the dance."