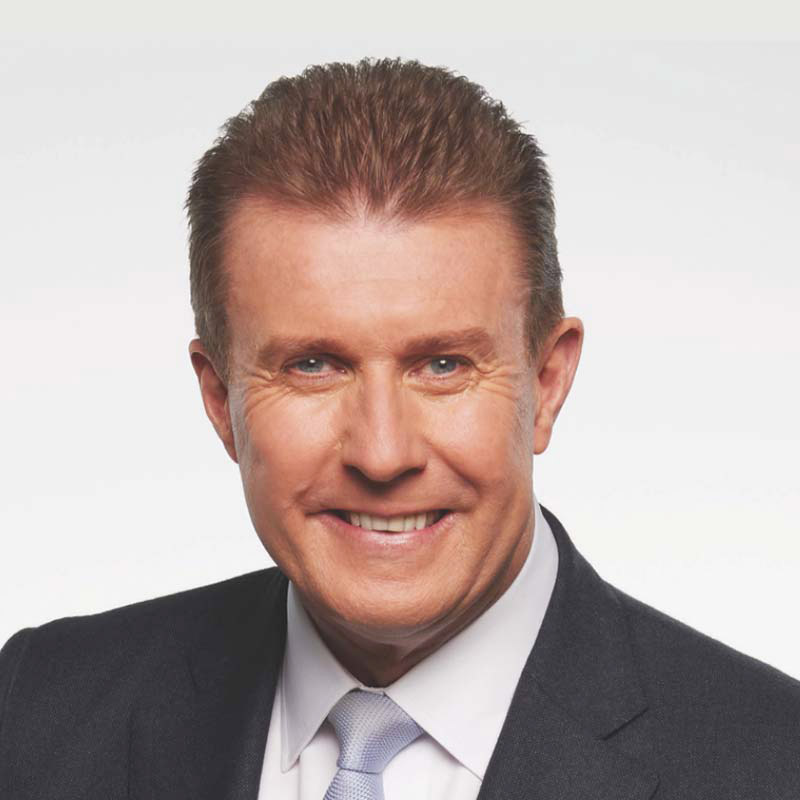 Peter Overton is a familiar face across Australia, spending the past 30 years as a journalist and news reader with the Nine Network. Having travelled the world to cover major world events including September 11 and the Bali bombings, and as a reporter with 60 minutes for nearly a decade, Peter is used to being on the news front line.

What Peter didn’t expect was to become the news - when he was first diagnosed with melanoma in November 2020. Peter underwent immediate surgery to remove the melanoma on his temple, which meant a stint in hospital and time away from the news desk. On his first night back on air, Peter selflessly shared his personal story, including his still healing surgical scars, as a warning to others to be sun safe and check their skin for changes.

Peter has since found three more melanomas on his back, requiring three more operations. Peter knows he is lucky as all his melanomas were caught early and removed before they had spread. With a high mole count, a childhood spent in the sun, and now with a history of melanoma, Peter is in a high risk group and undergoes regular screening and checks at Melanoma Institute Australia.

Peter used his public profile to support our Game On Mole campaign in 2020 and 2021, and we are delighted to have him join Melanoma Institute Australia as our National Ambassador.

‘I am living proof that early detection saves lives, and as a proud dad to two teenage daughters, I am passionate about reaching young Australians with sun safety and early detection messages. I am delighted to be a National Ambassador for Melanoma Institute Australia which is focused on not only raising awareness, but which also leads global research efforts to find a cure for melanoma.’