A big thank you to all our Community Fundraisers – from head shaves and haircuts, to community sporting events, big running festivals, In Memory pages and a gourmet dinner – we are so thankful for your support.

8 year old Giuliana decided she wanted to raise money by chopping off her beautiful long hair, in honour of her cousin who died from melanoma and others their family have lost to cancer. She also donated her hair to make make wigs for people in need. Giuliana smashed her fundraising target of $700 and raised $2395. 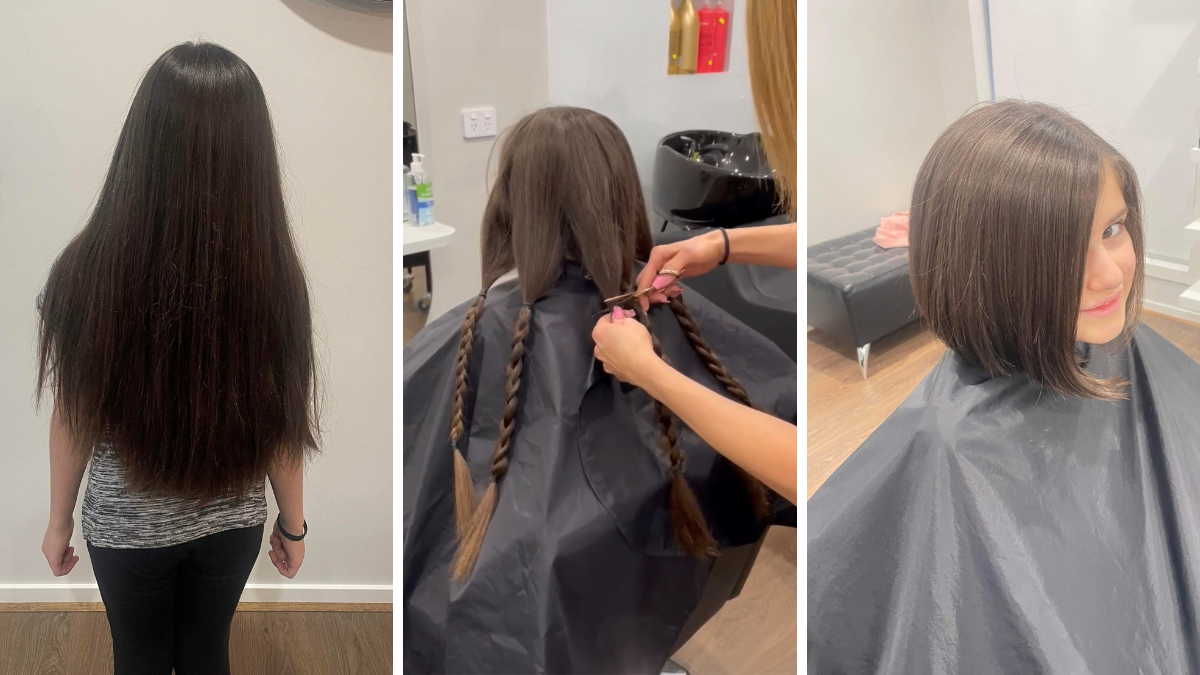 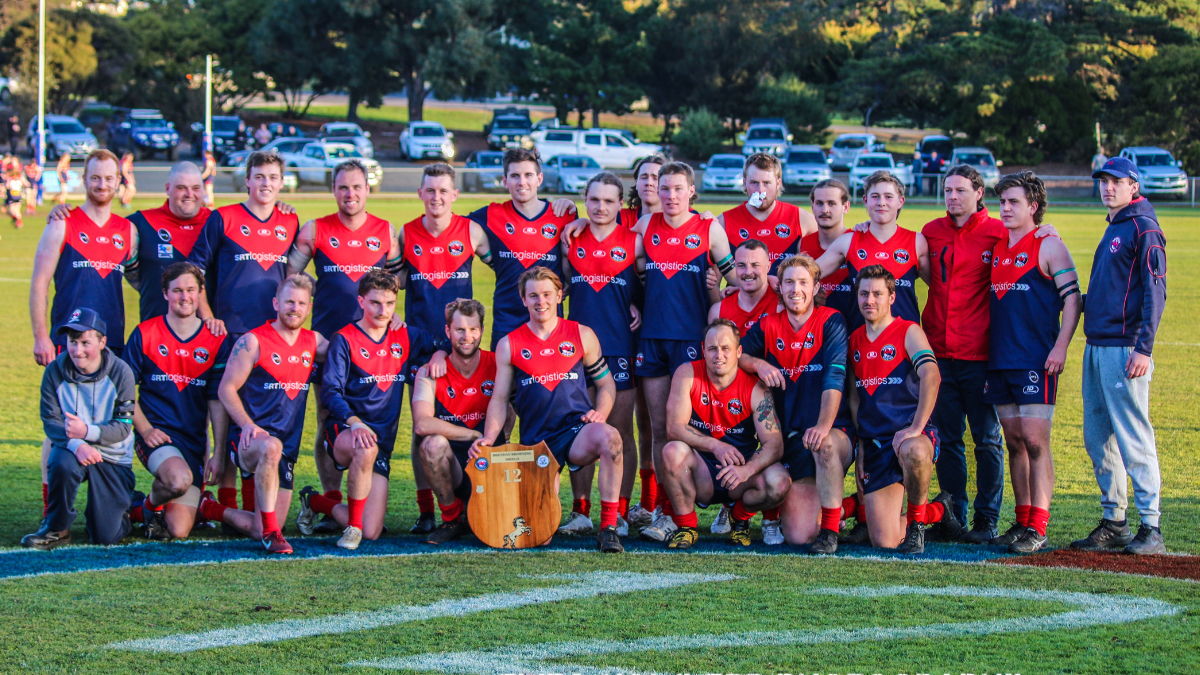 What an incredible day at the Brendan Browning Memorial AFL Match in Pontville on Saturday 30 July!

For the second year, the Brighton Robins Football Club and the New Norfolk District Football Club played for the Brendan Browning Shield, in honour of Brendan who passed away from melanoma in December 2020.

Brendan’s wife Sally and daughter Chelsea, met with the teams at the start of the match and at the end presented the Player of the Day award to Ryan Bailey.  Brendan’s mum also attended. The Brighton Robins won the match 105 – 79.

The day included a lunch to honour Brendan, which was enjoyed by the many who attended. Guest speakers included James Faulkner, who recounted his time playing cricket for Tasmania and Australia in an entertaining conversation with Cameron Brown – and Di Mason, our MIA Tasmania Manager.

It was wonderful to see firsthand the impact Brendan, or ‘Horse’ as he was affectionately known, had on people at both clubs. Brendan wore the number 12, which featured prominently on merchandise and also on the ground itself.

An amazing $20,400 was raised in support of MIA Skin Cancer Tasmania (part of Melanoma Institute Australia).

A big thank you to Darren Clark, President of the Brighton Robins Football Club, Tyronn Barwick of Barwick’s Wholesale & Retail Landscape Supplies and Sally Browning for all of their organisation.

Thank you too to all of the sponsors who made the day possible. 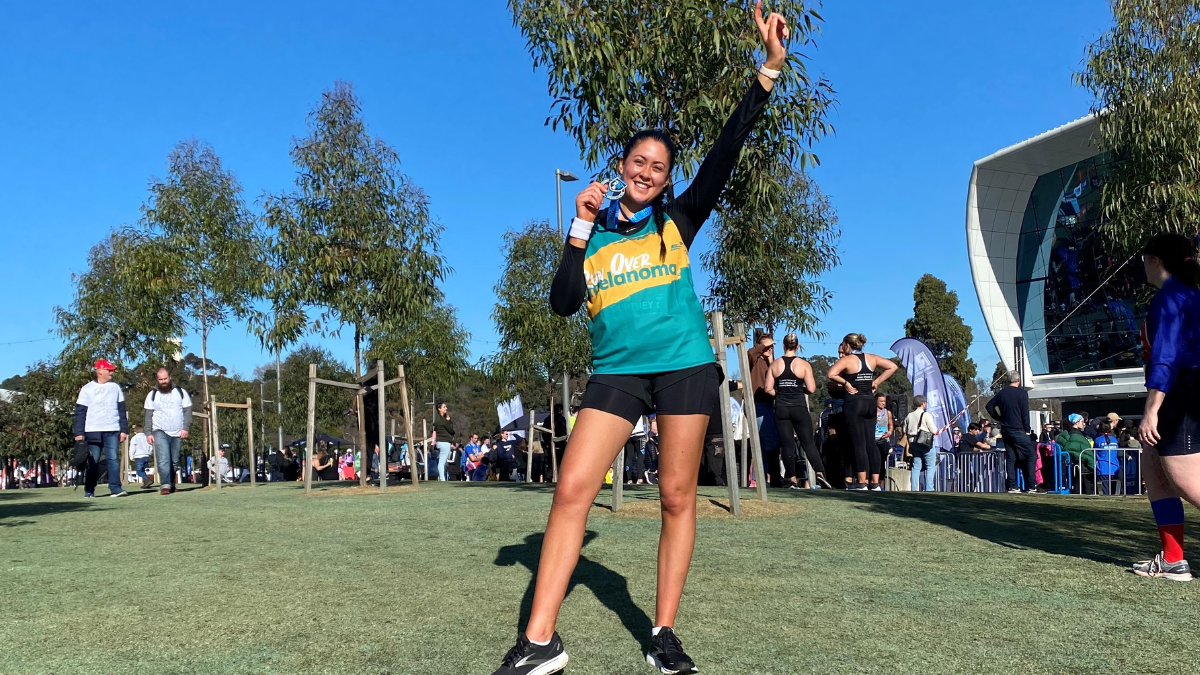 On the 24th July, Courtney Huxham took part in the annual Run Melbourne event, raising $1726.50. Courtney ran in honour of her dad Shane who passed away in December 2021, and to raise money and awareness to help prevent and assist other families from the devastating effects of melanoma.

Sunday 14th August saw the return of ‘the world’s largest fun run’ the City2Surf. It was an amazing atmosphere in Sydney as participants ran, jogged and walked 14km from the city to Bondi Beach. A special thank you to a number of supporters who ran for Melanoma Institute Australia, collectively raising over $14,000. 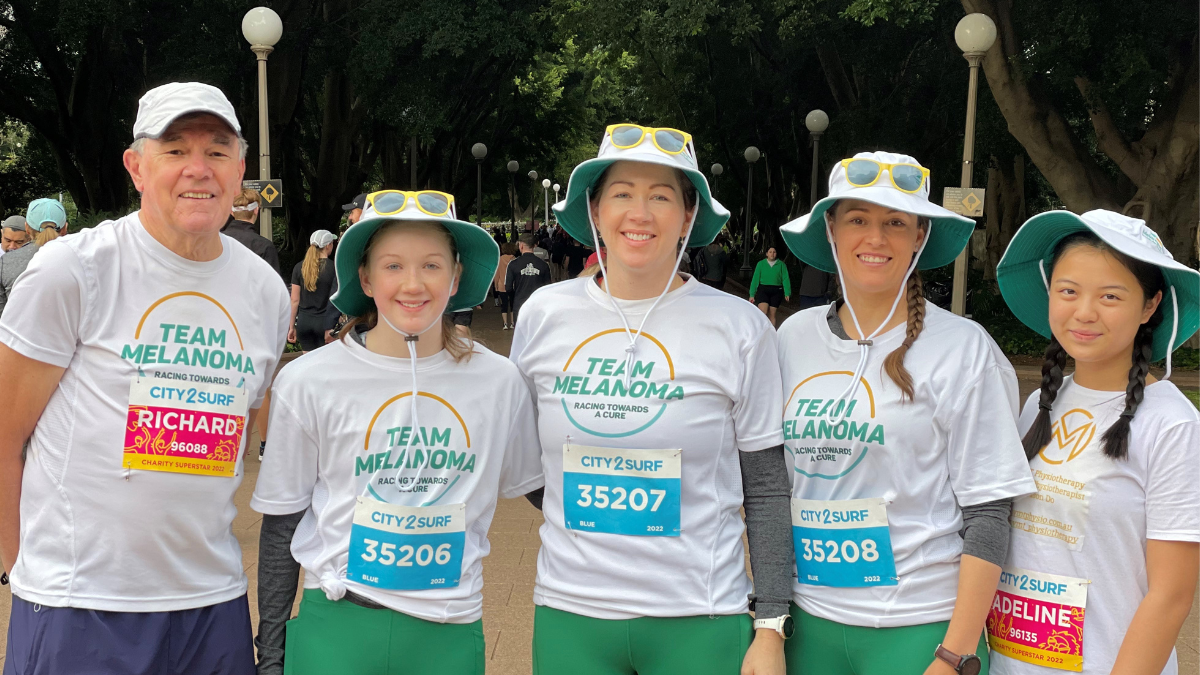 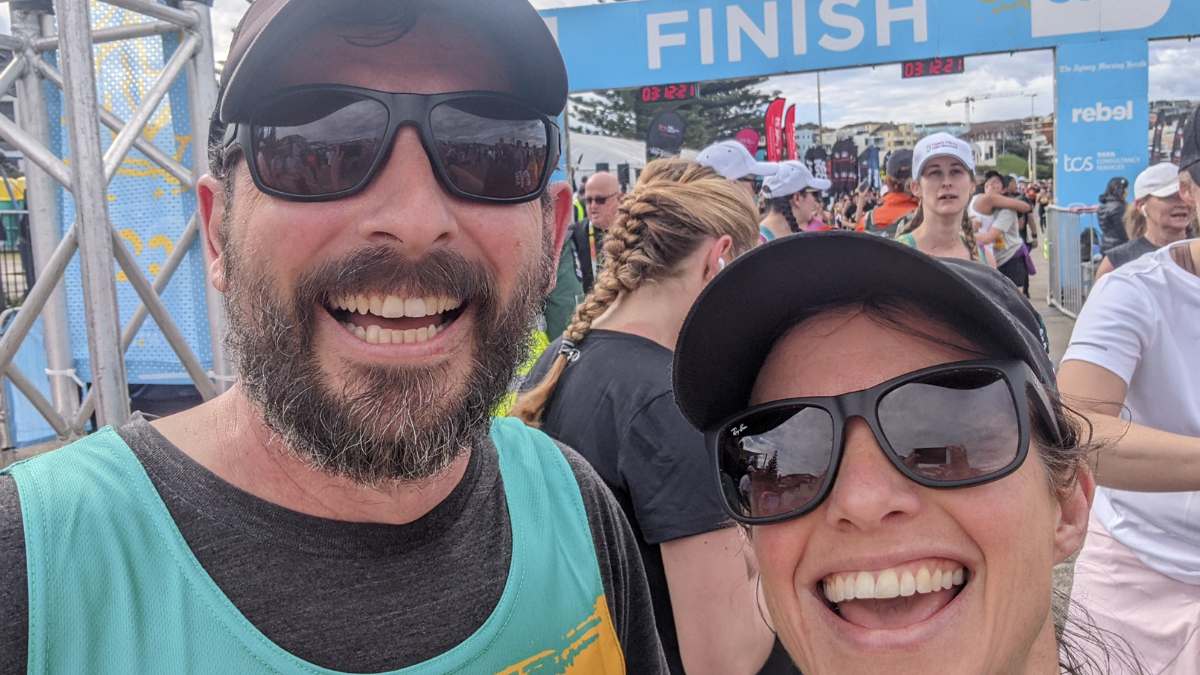 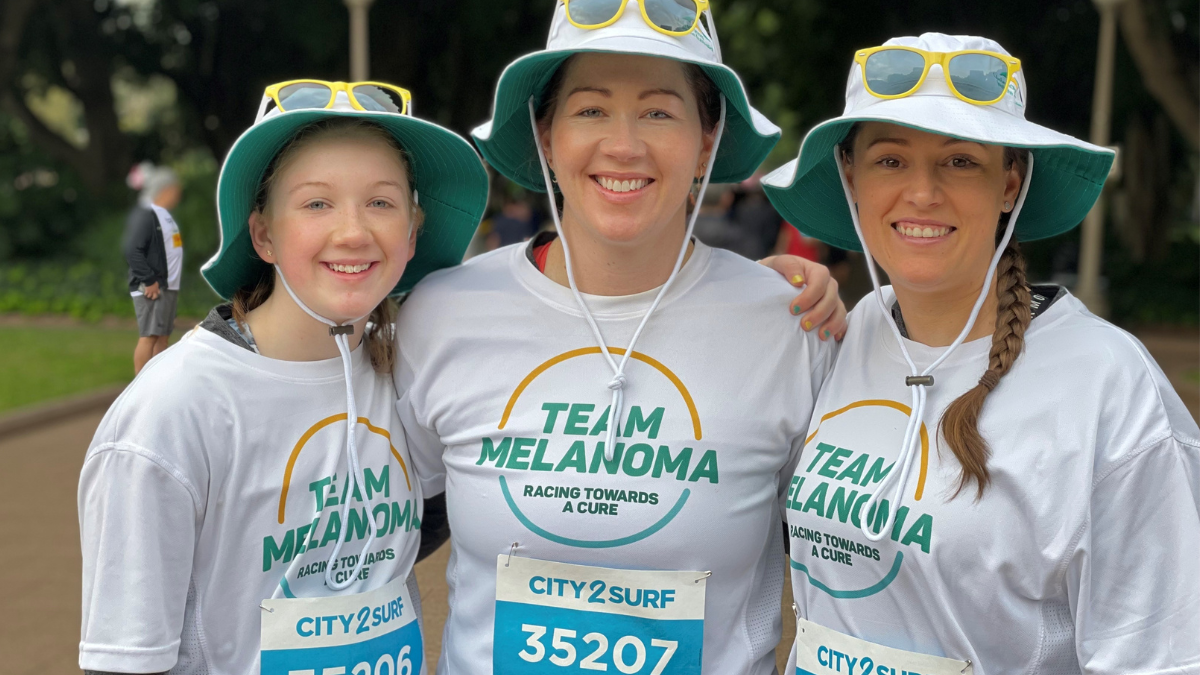 Richard Church raised $8366. Richard is a melanoma survivor, a C2S veteran and a longtime supporter of MIA.

Casey, Kat & Georgia (Team Live4More Melanoma Awareness) raised $1870. They want to raise money to boost awareness for all Australians, and in support of Casey’s dad who was diagnosed with stage 4 melanoma in 2015 (with a grim prognosis of 12 months) and who, in June, received his 100th immunotherapy treatment and is doing really well.

‘We owe this to the many medical professionals that have supported Dad in his medical care as well as the advancements in research that the Melanoma Institute Australia have made and continue to make. It’s time for us to give back the only way we know how! We will run, walk and crawl our way to complete the 14kms to raise awareness of melanoma!’ – Casey Livermore

Adeline Kwong chose MIA as her charity as she was surprised by the fact that melanoma is the most common cancer affecting Aussies aged 20-39 and is keen to raise awareness about melanoma. She also raised $1144!

Bri & Jay raised $1199 with initial target of $300. Bri wants to give back to MIA who have been an enormous help to her over the last 3 years including providing a clinical trial of 12 months of immunotherapy and many follow up appointments.

Claire Sheahan raised $506 and wants to raise awareness of melanoma, because this year she become a statistic at a very young age.

Saturday 13th August saw the 5th Annual Daffodil Chef Dinnerat The Boatshed Restaurant, South Perth. This event is a gourmet dinner event organised by Maryce Scriven to honour the life of her husband, chef Steven Scriven, who passed away from melanoma at just 32 years of age.

It was a wonderful night, with delicious food, fun facepainting, raffles and auctions – ‘the best one yet’. 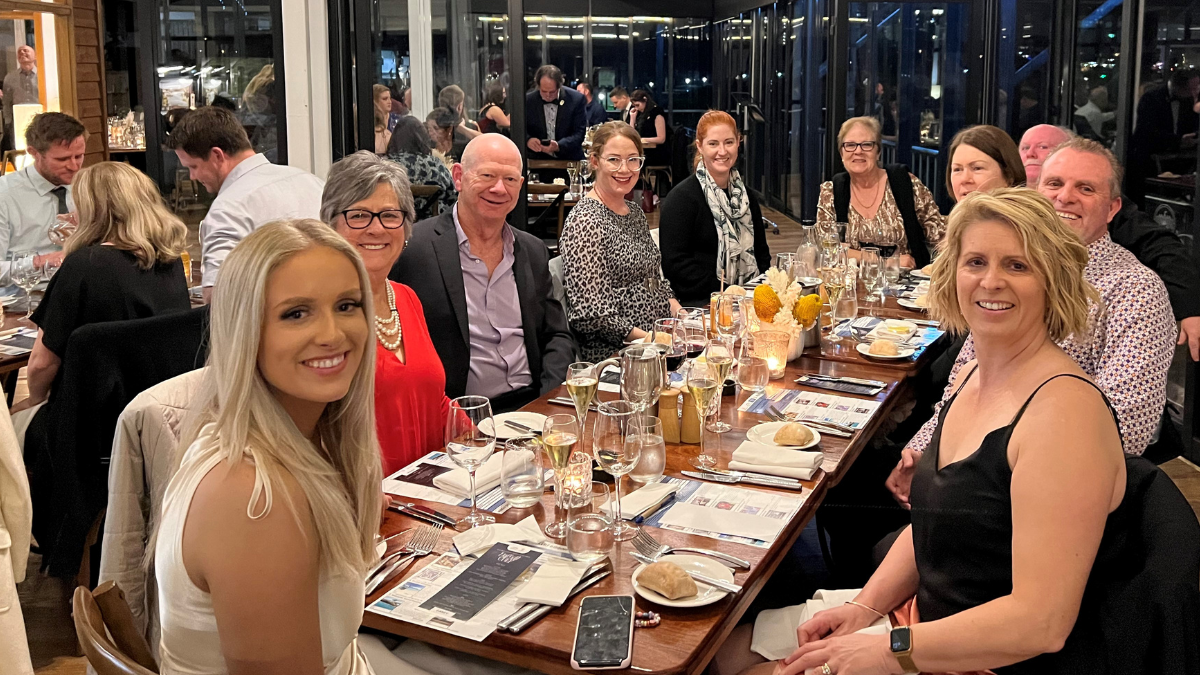 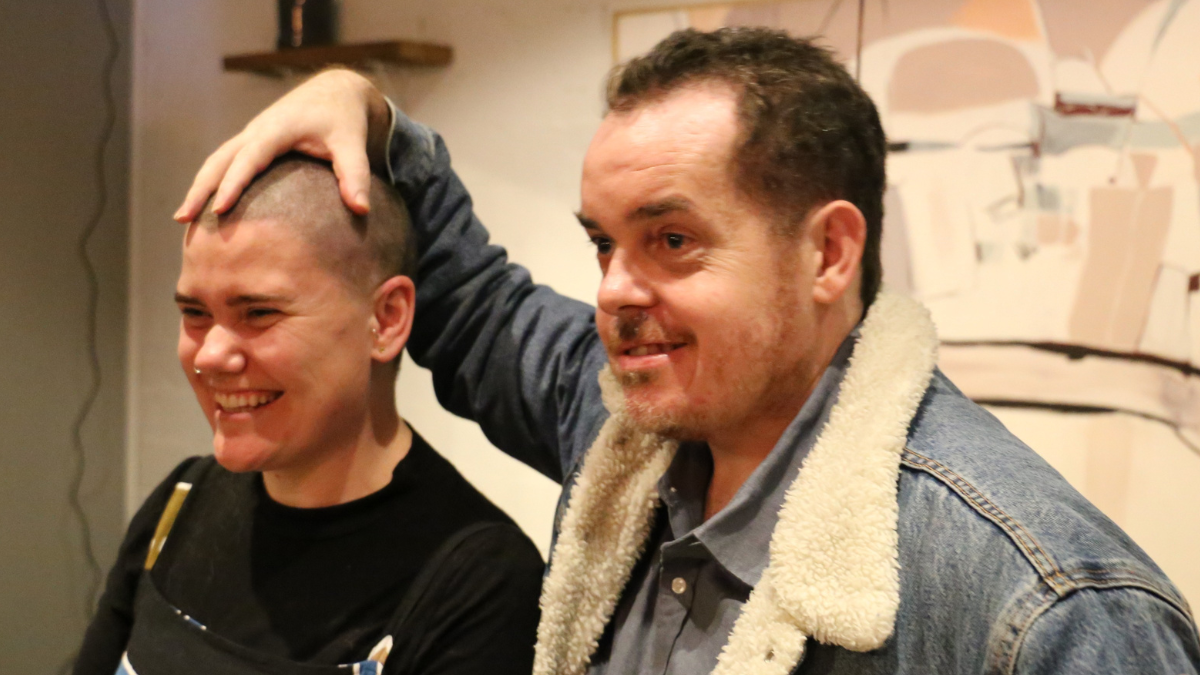 Maggie and her husband Leigh’s lives were turned upside down on March 22 2022 when Leigh was diagnosed with stage four Melanoma. Maggie pledged to shave her hair on Leigh’s birthday (August 13) if she reached $2000. With the support of family, friends and community, she raised $5182 and shaved off those long locks of hers.

Jannice, in support of her mother who is undergoing treatment for stage 4 melanoma pledged to shave her hair if she reached $3000 – she raised and amazing $4560 and off went her long locks.

In honour of Jen’s dad ‘Grumps’ who passed away from melanoma and sorely missed from their wedding day, Jen and Dave requested that wedding quests donate to their fundraiser in lieu of wedding gifts. An amazing gesture for a newly married couple who raised $3720.

Every year (COVID permitting) the Kangaroo Valley Pentaque club, in association with the local hotel (The Friendly Inn) put on a one-day Bastille Day Petanque Festival where teams of players come from far and wide to play petanque and celebrate. On the 16th July, as a fundraiser, Al Lockyer pledged that he would get his hair cut on the day and the crowd could choose the style. They had to donate to be able to vote on the haircut. The style chosen was “a monk” – an interesting look. He said that if more than $2000 was raised, he would keep it for a week! They managed to raise $2088.85 and Al had to keep that promise! What a fantastic effort for a small community like Kangaroo Valley to raise over $2000 within a couple of hours, in support of their friend Chris, currently undergoing treatment, under the care of Pref Georgina Long.

We extend our condolences to those who have set up in In Memory tributes to loved ones lost, including In Memory of Bob Williams ($1289), In Memory of Lynn Moodie (nee Fogarty) ($2620), In Memory of Mikayla Louise Green ($20,320).